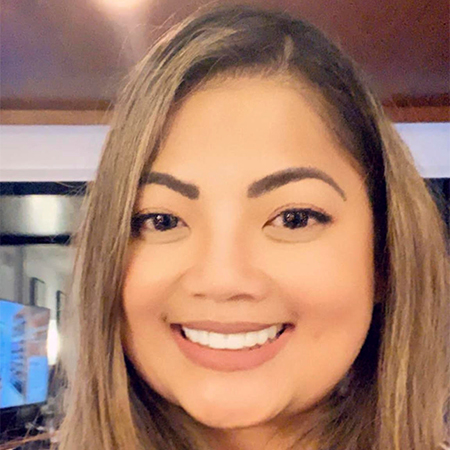 Ms. Christine Phyathep, MPH, a graduate of New York University (NYU) School of Global Public Health (GPH) and a current Public Health Fellow at the Center for Disease Control and Prevention (CDC), recently published an article in the Morbidity and Mortality Weekly Report (MMWR) titled Severe Monkeypox in Hospitalized Patients. During the first year of her ASPPH/CDC Fellowship, she was located at the CDC National Center for Emerging Zoonotic Infectious Disease (NCEZID) in Atlanta, Georgia. Ms. Phyathep worked in the Bacterial Special Pathogen Branch(BSPB) within the Division of High Consequence Pathogen and Pathology (DHCPP). Christine joined the mpox response for sixty days working with the clinical consultation team and the mpox subject matter expert (SME).

Mpox was previously called monkeypox. Mpox was renamed by the World Health Organization (WHO) to help mitigate the risk of stigmatization and racist language associated with the disease. Mpox is a virus that causes mpox illness in the same family as smallpox, although much less severe. Its name is characterized by the pox illness that occurs upon infection. The infection Can lead to an outbreak of lesions spreading from the face to the rest of the body, including genital areas. The first case of mpox in 2022 was reported on May 7 in the United Kingdom. The case was linked to an individual who had recently traveled from Nigeria. The current outbreak has been linked to countries in Europe, Africa, and the Americas. The first case in the United States was on May 18, 2022. The patient was a Massachusetts resident.

During the months of August–October 2022, the Clinical Consultation team consulted 57 hospitalized patients with severe cases of mpox. Majority of whom were Black men with AIDS. Twelve patients died, and mpox was a cause of death or contributing factor to date, with a couple of other deaths still under investigation. Delays were observed in the initiation of mpox–directed therapies. Clinicians should consider early treatment for patients at risk for severe mpox disease, specific patients with AIDS/ HIV. Engaging with AIDS/ HIV patients in care remains a criticalpublic health priority.

As of October 21, 2022, a total of 27,884 monkeypox cases (confirmed and probable) have been reported in the United States.§ Gay and bisexual have been the majority of cases; people who have AIDS/HIV infection and those from racial and ethnic backgrounds have been disproportionately affected.

During previous mpox outbreaks, severe disease manifestations and poor outcomes have been among persons with HIV infection, particularly those with AIDS. The study finds that only 9% of the patients were receiving antiretroviral therapy (ART) before mpox diagnosis. Most of the patients were male, and 30% needed intensive care unit (ICU) care. Mpox was the cause of death in 5 patients, and some cases remained under investigation.